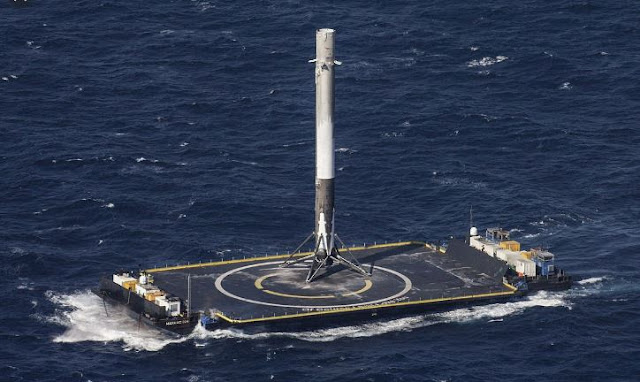 2020 is not the bad year after all because a new space history has been created by Elon Musk’s space company SpaceX.
For the first time in history the American astronauts have been sent to International Space Station by a private company. SpaceX has a very cool technology of returning the first stage back to earth. However during live stream, each time when stage-1 booster returns back to drone ship, connection gets lost and we miss the awesome landing of falcon booster. 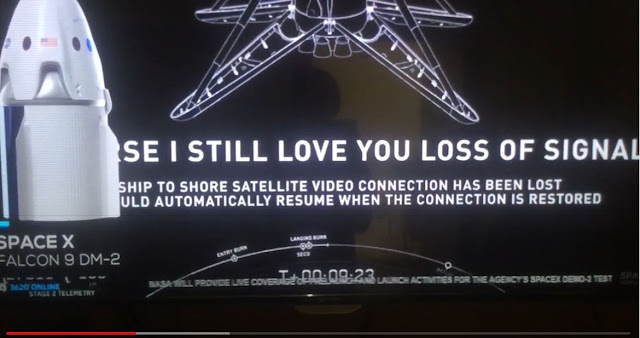 But the big question arises that why does this happen?
The drone-ship is an automated ship that cruises in water to correct location where the booster is going to land. For the communication purpose the ship has a large setup of antennas which communicates and broadcast the video stream to a satellite in a “Directional” signal. The directional signal is necessary to keep a connection with a satellite. However, when the booster is about to land, it puts immense pressure in the air and on the ship which causes ship to shake tremendously.
This leads to the loss of communication with the satellite and every one misses the nerve jacking landing of the booster. However, once the booster lands and ship becomes stable, the connectivity resumes and we can again see the live feed.
How can SpaceX overcome this issue.
The easiest way is to send a secondary ship along with drone ship. The drone-ship will communicate with the secondary ship using omni-directional signals and the secondary ship will keep in touch with satellite using directional signals. This way the communication will not be lost even during landing of the booster.
This issue has a easy fix but spaceX does not want to invest their money just to show the live stream because the whole landing is recorded in cameras and they upload it on their website after couple of days.
So what does you think about the falcon 9 landing, let us know in the comments.