Mediatek Dimensity 1000 vs Snapdragon 865 | Which is better? 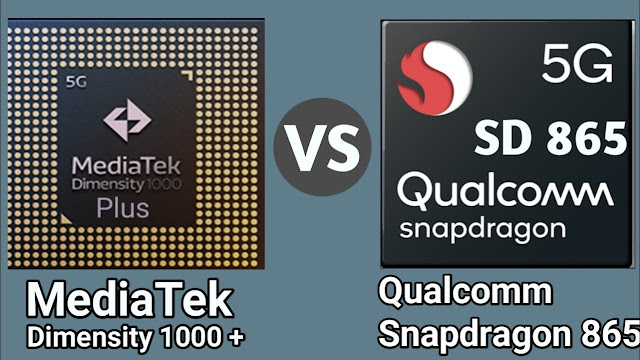 In terms of graphical performance, Qualcomm’s Adreno GPUs are considered best in smartphone industry. Arm’s Mali graphics have usually lagged behind Adreno in this regard. The Snapdragon 865 GPU delivers an 25% improvement over the Snapdragon 855.

MediaTek’s Dimensity 1000 features a next generation Mali-G77 MP9 GPU. This GPU has two fewer cores than the Exynos 990‘s Mali-G77 MP11. MediaTek claims 15% faster GPU performance than Snapdragon 855. So this GPU is close in terms of Gaming performance  with respect to Snapdragon 865.

Additionally, starting with Snapdragon 865 series the user can update GPU drivers directly via Play Store. Originally Graphics drivers are updated via device system updates. This will therefore enhance the speed in which drivers are updated, hence this will further increase the gaming performance in the smartphones.

GPU vs CPU: Which is more powerful?

Therefore you may think that   Qualcomm might have the edge in single-core because it one core hits clock speed of 2.84Ghz. but MediaTek is good in multi core processing because its four Cortex-A77 CPUs clocked at 2.6Ghz which is higher than Qualcomm’s medium cores.

However Snapdragon chipset have better memory lanes and cache management. Therefore it is slightly more faster than mediatek.

Well MediaTek was the first company touring AI services in their chips and company has improved vastly with its Dimensity 1000 chipset. This chip now has a six-core APU, featuring two heavy cores, three medium cores, and one light core.

This setup allows the chipset to be be better in handling power and energy.

Both chipsets support 5G, but there is a catch. The Snapdragon 865 supports both sub-6Ghz and mmWave  of 5G signals but the  Dimensity 1000 only supports sub-6Ghz.

Don't worry because Sub-6Ghz much faster version of 5G connectivity. But with more network operators providing support of mmWave user in countries like US and Europe may not fully enjoy the benefit of 5G.

Additionally, MediaTek’s processor offers an integrated 5G modem whereas  Snapdragon 865 needs external modem for 5G support. The integrated modem is much more efficient external one. Also, they take up less space than external one.

In terms of speeds, Qualcomm chip support MediaTek says it supports 4.7Gbps downlink and 2.5Gbps uplink speeds. Meanwhile, Qualcomm boasts faster speeds of 7.5Gbps downlink and 3Gbps uplink. The Dimensity 1000 also offers 5G+5G dual-SIM support, which might be handy for travelers or if your networks have patchy 5G coverage.

This is obvious that the Snapdragon 865 is the beast in this category with support for up to 200MP cameras, along with 64MP single shooters, or 64MP/64MP dual sensors. On the other hand, the MediaTek flagship processor serves up 80MP single camera support, 32MP/16MP dual sensors, and up to five cameras otherwise (similar to Snapdragon 865).

In terms of video capturing, Qualcomm’s SoC is the most impressive chipset in the Android smartphone space. The processor offers 8K/30fps support, 4K/120fps capabilities, and “unlimited” 960fps super slow-mo at 720p.

Other features include Dolby Vision recording, multi-frame noise reduction, and the ability to simultaneously capture a 64MP image and 4K HDR video.

Meanwhile, Mediatek tops out at 4K/60fps recording. Thus it not not as impressive as the Qualcomm silicon in terms of video quality. But it supports multi-frame video HDR (4K), video noise reduction, video bokeh, and support for Google’s AV1 codec (not seen on the Snapdragon chipset).

Qualcomm’s chipset have an edge with support of LPDDR5 RAM compared to older LPDDR4X support seen on the Dimensity 1000. Additionally, the Snapdragon 865 also supports UFS 3.0 storage, while MediaTek supports UFS 2.1 instead.

Its good that Mediatek is back in flagship processor market but it is not as powerful as the rivals. This may be due to keeping the check on the cost of the product. Therefore, although Snapdragon 865 is the clear winner but we see Mediatek Dimensity in mid range smartphones thus giving it the edge than the Snapdragon 700 series processor.