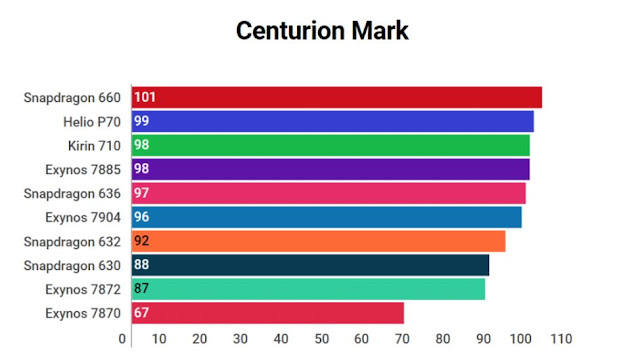 The competition is getting tougher with each passing year, all manufacturers are putting their efforts to bring device that packs best for the price segment. As there are different manufactures, each one packs their custom SOC or processors. So it’s hard to distinguish between which one is better. Samsung packs Exynos 7904 in their M series smartphones and Xiaomi has brought Snapdragon 660 in their latest Redmi Note 7. Meanwhile Realme is not left behind they pack Helio P70 in their Realme 3. So as there are different manufactures it’s hard to verify which one is the best?

So to sort out the confusion here is the complete detailed comparison to find out which SOC is powerful.

Exynos 7904:
This is the latest processor developed by Samsung which is based on 14nm architecture. It is octacore chipset with 2X6 architecture i.e. it has two powerful cores and six power efficient cores 2x1.8GHz Cortex-A73 + 6x1.6GHz Cortex-A53. It has Mali-G71 GPU and supports 32MP single camera or two 16MP camera units. Also this chipset has LTE Cat.13 connectivity.

Snapdragon 660:
This was the best mid range chipset by Snapdragon 660 and was used in various devices in 2018. Due to its performance the manufacturers are not hesitating for using it in 2019. This is an octacore chipset with 4X4 architecture i.e. it has four powerful cores and four power efficient cores 4x2.2 GHz Kryo 260 + 4x1.8 GHz Kryo 260. Don’t get confused with Kryo 260 as its technical term used by Snapdragon. It means that the processor has four Cortex A73 cores and four Cortex A53 cores. Processor features Adreno 512 GPU and supports 25MP single camera or two 16MP camera units. Also this chipset has LTE Cat.13 connectivity.

Helio P70:
This is the latest iteration by Mediatek and is close competitor of Snapdragon 660. This processor is based on new 12nm process. This is also an octacore chipset with 4X4 architecture ie it has four powerful cores and four  power efficient cores 4x2.1 GHz Cortex-A73 + 4x2.0 GHz Cortex-A53. GPU is Mali-G72 and camera support is MP single camera and two 24MP camera units.The connectivity is same as its competitors ie LTE Cat.13.