February 22, 2019
Samsung has recently unveiled some of the very new technologies in the recent launch event. Today, we will be talking about the new innovation that will be hitting the market i.e. foldable phone. Five years back we only wondered if this is even possible but Samsung has done it by inventing the new Samsung Galaxy Fold. 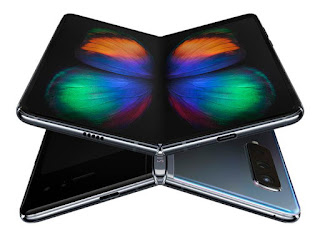 With this one device the user can actually experience the benefits of two, mobile phone as well as a tab. When folded its 4.5in wide and on unfolding you can enjoy wider display i.e. 7.3in. Its is easy to carry in one hand by folding it. User may switch to wider displays for watching movies, playing games etc. Wide display has a lot of things to offer.

Firstly, the response time of the displays is very quick which means that user can switch from smaller to larger display without any delay. It switches screens instantaneously without any lag which is commendable. 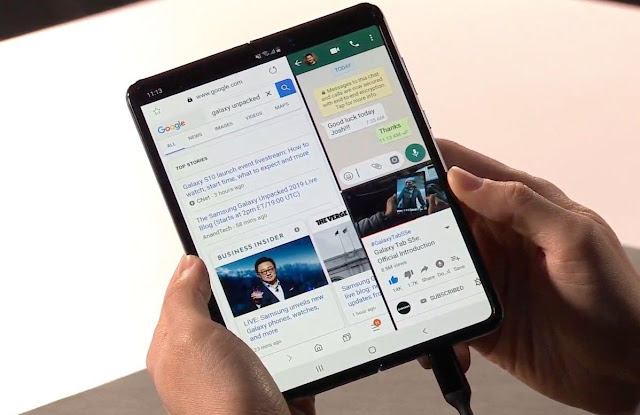 Another feature that larger display packs is the three applications working at a time. Till now /androids offered multitasking by allowing to work on only two applications simultaneously where in iPhone only supported single application to work at a time. Samsung is bringing a change in the market by letting user reduce his time and letting them work on three applications at same time.

The Galaxy Fold includes two batteries which work together offering combined battery backup of around 4380 mAh. The Galaxy Fold is incredibly versatile as it is a Mobile, a Tab and a Camera in your pocket. The device packs 6 cameras, 3 on the back 2 on the inside and 1 on the front. Which means user wont have to fold/unfold the device to capture any moment, the device has camera support for both the modes.

The device will be available in market from April 26 in four different colors at a price of $1980. This device comes in 5G version. This is all about the Samsung Galaxy Fold. Samsung is bringing something new in the market lets see how far this innovation goes and market trends are going to be changed.