What is HDR and when should you use it on smartphone?

Nowadays we encounter the word HDR in smartphones and cameras. However lot of us our clueless what these three words represent. This article will throw light on this topic and also explain how you can get best shots on any smartphone using this technique.

If we talk about pictures the dynamic range define the difference lightest and darkest elements of an image. To enhance the dynamic range comes the High Dynamic Range, or HDR, which is the process of increasing the dynamic range beyond the range that can be captured camera lens. Thus HDR is used to create more accurate and real life representations of images as seen with naked eyes.

Even though the ultimate goal of HDR is to create more impressive pictures, it's not a feature that should be used for every single photograph, it depends on what you are capturing.

How does HDR work?

When HDR is enabled the camera captures several images with different exposure values, then camera software intelligently combines these images to form single image. The image generated maintains detail from the darkest and lightest regions.

Earlier when camera software were not so intelligent, you had  to capture three photos with different dynamic range, then transfer those images to PC and use the HDR software which would  compile the three images together and achieve the same effect.

Since smartphone software’s are advanced they automatically enable HDR depending on lighting condition and compile a stunning image. Since the phone captures several images so you need to have static subject and steady hands for pictures.

When should you use HDR?

This is tricky question as there isn’t a single best way to use HDR but it should not be used always, here are some tips for some of the more common places where HDR should be enabled to capture better images.

Landscapes
Since the biggest element of capturing image is lighting, it too can cause too much contrast. So HDR can reduce and balance these discrepancies so there are fewer parts of bright white or dark black.

Low-light and back-lit scenes
If your photo is too dark in specific areas,  HDR can be used to raise the overall level of brightness. It can’t miraculously achieve this feat if there is no light in particular environment but it can enhance the quality of image.

When should you not use HDR?

When you and subject is moving
Since HDR takes three photos therefore if something moves in between three photos, the final image can appear blurry. This is the reason why HDR images take longer to process. So you need to keep yourself steady as well as subject.

High-contrast scenes
Some pictures look and feel better with strong contrast between the light and dark areas. So using HDR will reduce this contrast, so the effect is less pronounced. So if you want to avoid this then do not use HDR for such images.

Scenes with vivid colors
HDR can reduce color accuracy of vibrant images and make them girlish, so if you are capturing vibrant subject hen avoid using HDR.

How to check if phone has HDR?

Most smartphones have HDR setting that you have to enable manually, but some smartphones switch to manual mode rather than automatic on enabling HDR setting.

If your smartphone does not have HDR than there are several apps that you can download from Google Play Store which offer good results.

What is HDR+ and how can you get it?

Since the launch of Pixel 2, it is known as camera king in smartphone market and it was voted as best camera smartphone of 2017. All of us were confused how Pixel 2 camera was so impressive? Even though the phone had regular single camera but all the trick lies in software. The phone’s software has HDR+ technology. It means like HDR is on steroids. 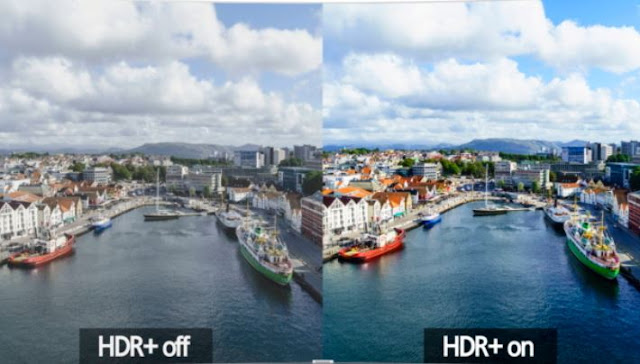 Google’s advanced algorithms and machine learning not only it increase the dynamic range but it also reduces noise and improves colors at the same time. The phone captures quick burst of shots and compile the best images to create a superb shot.

Since the trick lies in software so you can get this feature in any smartphone.

So we would suggest to take picture of scene with and without HDR and save the image which appeal you the most. Slowly you will be able to judge the scene with your naked eyes weather it requires HDR or not.

What do you think about HDR and do you use in your smartphone? Let us know in the comments.