Google Pixel 3 Review: Was this Phone worth wait! 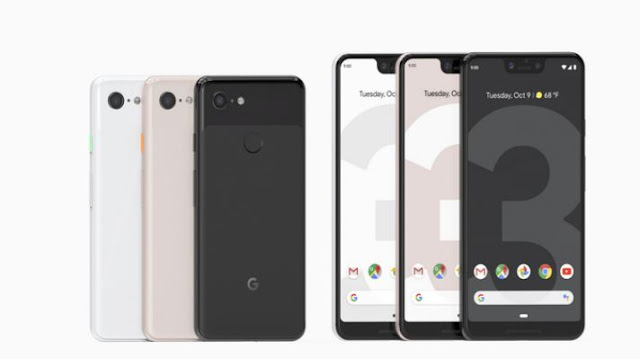 Google Pixel 2 had the best camera in any smartphone, so to carry forward the streak Google Pixel 3 is here which promises to give you the best smartphone camera in 2018. Google intends to claim this title thanks to its machine-learning camera smarts.

Pixel 3 comes in three colors, with names like Clearly White, Just Black, and the pinkish 'Not Pink.'. These are the real color names of the devices.

DESIGN:
Google carried forward the two-tone design. The transition between the two textures is more seamless, but it look hasn't changed dramatically.

The entire back of phone is made of soft-touch Corning Gorilla Glass 5. The same strength glass is used for protecting front screen. Both front and rear glass are sandwiched in an aluminum frame with that has a hybrid coating.
Glass makes phone more prone to damages but it has its benefits as well. It offers better LTE connection and wireless charging. That's why major flagships are made of glass in 2018.

Its nice to have front facing dual speakers as most mobile manufacturers are dropping this. Phone also support Active Edge, which allows you to squeeze the sides of the phone to call up Google Assistant. As expected headphone jack as well as microSD card slot is missing. Sim card tray has been pushed to bottom of phone next to USB-C port.

Display is brighter and looks richer than last year's Pixel 2 and bezels are squeezed and are minimal.

SPECIFICATIONS:
Phone is powered by Qualcomm Snapdragon 845 coupled with 4GB of RAM. Google's hardware and software combination would give fluidic performance. Battery size is bit disappointment as Pixel 3 has 2915 mAh battery(the Samsung Galaxy S9 has a 3,000mAh) while Pixel 3 XL has 3430 mAh battery. Don't worry of phone running out of battery as Google's Android 9 Pie software has excellent battery management system. So you will get all-day battery life from this device with normal use. Additionally you get 18W fast charger in the box and new wireless charging.

The Google Pixel 3 is powered by a Qualcomm Snapdragon 845 coupled with 4GB of RAM. The cipset cannot beat the raw power of Apple's A12 Bionic chipset. However, Google owning the hardware and software should prove beneficial for smooth performance.

CAMERA:
To live up-to the wow factor the phone has The Pixel Visual Core which is a separate dedicated chip. This will enhance image processing when combined with the 12.2MP camera and Google's advanced machine-learning. The feature known as Top shot will pick the best photo to avoid blurriness and closed eyes.

The rear-facing camera have f/1.8 aperture which cannot match dual aperture of galaxy S9 and Note 9(which can change its aperture from f/2.4 to f/1.5 under low light), but the advanced software and modes like Night Sight are supposed to give the Google Pixel 3 the edge when taking nighttime photos. Google even demonstrated how Pixel camera beats iPhone XS at low-light photos. Phone records videos in 4K resolution at maximum of 30fps.

Coming to front camera the device has two cameras, the wide angle camera known as Group Selfie Camera, which provide 97 degree field of view. Both cameras are 8MP units but the apertures do differ here: f/2.2 for the wide-angle lens and f/1.8 for the normal selfie lens.

VERDICT:
The phone is offering a lot with its class leading dual front-firing speakers, a promising 12.2MP camera backed by machine learning, and a much better display than the one we got last year.
Design is similar and if you do-not mind the tall notch of XL then this is probably the best phone in its segment. It runs pure Android Pie, with promise of latest Android OS for minimum two years. Also you get free unlimited storage in Google Photos for free.
Also it cost less than iPhone XS  with price starting from $799 for the 64GB version and Google's larger Pixel 3 XL is also a $100 premium, in case you're considering the larger screen size.