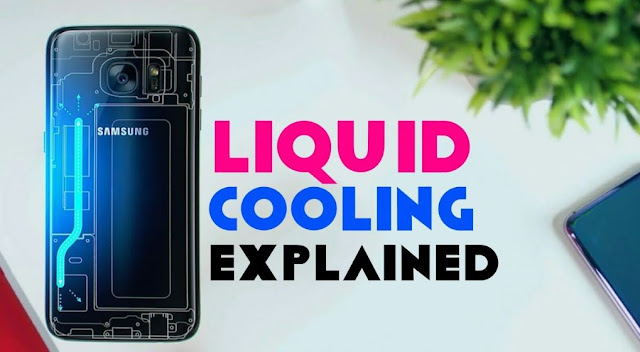 Nowadays we are living in era of smart devices, and one of them is smartphone. Every one carries smartphones with them and with each passing year competition between manufacturers is increasing. Every manufacture wants to create a device which is more power efficient and boost a world class performance. Nowadays CPU's in smartphones are built on 7nm and 10 nm architecture and have great performance.

As the performance of device increased so is the heat generated by its internal components. With heavy graphic demanding games CPU boost its performance to its fullest thereby generating heat. Since smartphone is closed and compact therefore heat does not dissipate quickly, unlike laptops which have fans to maintain CPU temperate. CPU's have algorithms designed to slow down their performance when they get overheated to prevent damaging the internals. This is also known as thermal throttling, which inturns leads to device getting slowed and games start to lag.

Each year developers develop games which are too power hungry and CPU demanding, therefore smartphone manufactures try to handle this problem cleverly. They use liquid cooling in their smartphones which help to dissipate heat from CPU therefore maintaining device performance. This technology is used from the introduction of ,snapdragon 810 which had heating issues. Recently unvield devices such as Galaxy Note 9, Poco F1 have this technology.

In this the copper plate is place above CPU which runs to the bottom of the smartphone, as copper is good conductor of heat, it helps in distributing and dissipating heat. Inside the copper plateis thin copper pipe around 0.1 mm thickness, which have tiny amount of water. Water cycles from CPU where it absorbs heat and evaporates, these water vapors move to lower end of plate called condenser, this is where the water vapors loses heat and turns to water form. This cycle is maintained which helps to maintain CPU temperature.

Some manufactures take step further and use Graphite sheets which in turns helps in tracking heating issues more efficiently.