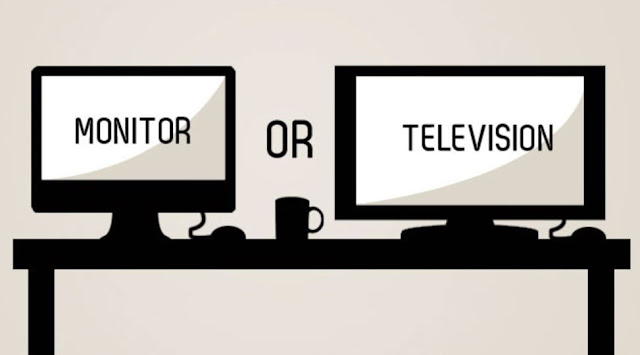 Monitors have faster response time than TVs and have higher refresh rates, lower input lag which make them better choice for gaming. Lot of us are confused whether, we should buy TV or monitor or can we interchange each other. We sometimes play games on HDTV or watch movies on computer monitor but that doesn't make them the same device. TVs have features not included in monitors, and monitors are generally smaller than TVs.

However, TV and monitor have lot of similarities and have of dissimilarities.


How They are Similar

Following are the similarities in both Monitor and TV

Mostly we refer to term called pixel density which is the ratio of screen resolution/screen size, it measures how many pixels per inch are there. If your monitor with Full HD resolution is larger than 24″ then on viewing closely text appear smudgy and blurry. 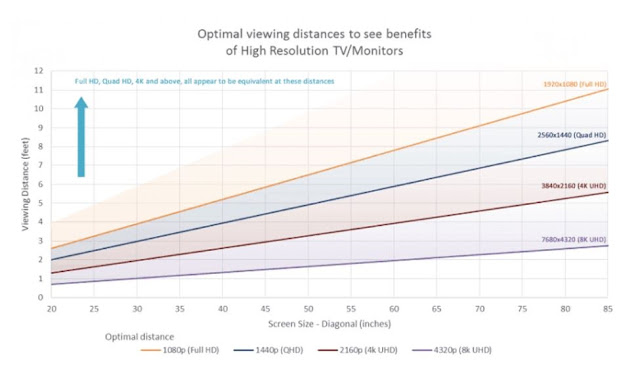 Your TV should support HDR if you are buying 4K TV because this provides you with a brighter and more vibrant image quality for the compatible content.
While HDR is widely supported for TVs in terms of both hardware and content, Nowadays, HDR monitors are also available in the market but here’s not a lot of HDR content for PC,

Features
If you do not watch regular TV you can buy smart TV and stream or download your favourite TV shows and movies. Similarly with smart monitors you can have Ethernet and wifi access and do the same.


How They Differ
While looking for display such as for gaming, these things should not be missed out.

Input Lag
When it comes to console gaming, people prefer to use TV whereas TV has high input lag which shows delayed response to the input command. However if you sit far away from TV and have “Game Mode” which bypass image post processing then this lag can be decreased which results in smooth game play. Generally you should buy TV that has less than 32ms input lag; ideally, less than 16ms.

Response Time
Another important thing to keep in mind is the display’s response time speed. This is usually skipped in specs by TV manufacturers like they do with monitors, you will have to do some research.
There is much more ghosting and trailing of the fast moving objects on IPS panel TV with response speed of around 15ms . Whereas an average IPS panel monitor has a response time speed of ~5ms which is up to three times better than TV
In short, if you’re looking for a TV for gaming, make sure it have an IPS panel and low input lag (Game Mode feature). This is because VA panels have a slower response time.

This is the biggest game changer while choosing a display. An expensive monitor can have a refresh rate up to 240Hz which provides you with the most responsive, detailed and fluid experience. Whereas TVs are usually limited to 60Hz while some can support 120Hz but only at 1080p.
Furthermore, some TVs such as LG TruMotion120 which is supposed to convert 60 FPS (Frames Per Second) content into 120 FPS. However, these are fake frames and will more likely result in bad image and gameplay experience.

Adaptive-Sync
Only monitors features adaptive sync technology such as AMD FreeSync and NVIDIA G-SYNC.
This technology requires a compatible graphics card (AMD for FreeSync monitor, NVIDIA for G-SYNC) and in turn, provides you with a dynamic refresh rate which removes all screen tearing and stuttering.

For this feature you will need monitor with 120Hz+ refresh meanwhile some TVs will soon support AMD FreeSync as well.


Conclusion
As explained above there are lot of similarities and difference between a TV and a monitor, therefore choosing between the two mostly depends on what type of content you’ll be watching and what games you will be playing.