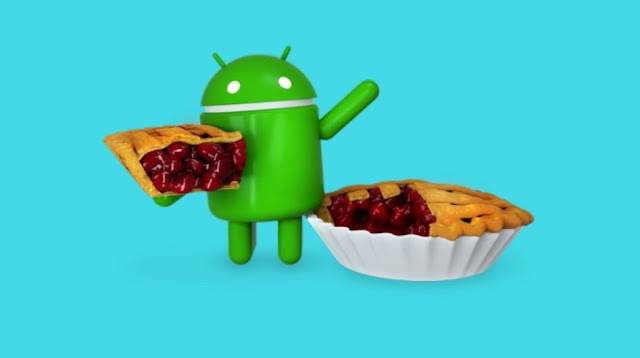 In this era of technical growth companies have been trying to improve user experience by making device usability better and handy. As mobile phone are being introduced with various new technologies for eg. face recognition which uses AI to enhance the user experience, similarly many other inventions are being worked on at present and support those new features the OS needs to be upgraded to match their pace with the development of technology. Or it may also be said that with advancement in the OS versions the Mobile companies need to be design the phone to cop its level.
Android 9 controls the power of artificial intelligence to provide more from the smart phone. Now it's smarter, faster and adapts with usage.

Tailored to you
Android 9 adapts to users and how they use their phone by learning user preferences as they go. Experience keeps on getting better and better over time, and it keeps things running smoother, longer.

App Actions:
The phone will now readily know about user's next action and will provide quick user response. For instance on plugging in earphones, the playlist user was listening to earlier will be at front and center.
- Adapts for your morning commute
- At work
- When you use headphones

Slices:
Slices helps users by bringing the relevant parts of  favorite app to the surface. The prices and drivers ETA will be shown within the results on searching for Lyft.

Intuitive Navigation:
Gestures are being used for switching between apps instead of buttons and gets to know what is need more naturally.

Digital Wellbeing
New set of tools have been introduced to help user learn how to use the phone and make any adjustments you’d like along the way.

Dashboard:
User gets a better idea of how often to use the phone. User can easily track the number of notification received, how much time is spent in apps and how often the phone is cheked.

App Timers:
App timer alerts the users whenever they reach their set time limits and eventually App icons starts graying out to remind the over-usage alert.

Accessibility Menu:
Select to Speak - OCR in Camera View: With Select to Speak, user can select text on the screen which will be highlighted and read aloud. OCR support for S2S has been added in Camera and Pictures to make text even more accessible.

Sound amplifier: The audio improves in the scenarios such as loud restaurant, bar, or concert which helps to understand conversations by dynamically adjusting over 100 settings to boost the audio.

Battery and Brightness:
Battery Saver: Battery Saver helps save more charge as compared to turning off features such as Always-On display.

Adaptive Battery: Mchine Learning is used by this feature to predict the features most likely to be used by the user in next few hours and battery is spent accordingly.

Adaptive Brightness: Adjusting brightness of the mobile will not worry as the phone will learn how user prefer to set it and adjusts automatically.

Background restrictions: Certain apps can be restricted from consuming the battery using recommendations in Settings and thus provides control to users over battery management.

Digital Well Being:
Do Not Disturb: Various improvements have been made to Do Not Disturb to silence not just notification sounds, but also all the visual interruptions. User would not need  to worry about missing something urgent as calls from starred contacts will still come through.

Wind Down:  Get your phone ready for bed by setting a daily schedule. Grayscale fades your screen to gray while at same time Do Not Disturb silences notifications for a restful sleep.

Display
Display cutout: Most of the available screen space will be used effectively on devices with cutouts.

Work tab in launcher: Now, work apps can be visually separated. These are accessible by tapping on the work tab and turn them off with a simple toggle when you get off work.

Postpone Over-the-air (OTA) updates: The most useful feature for Enterprise IT admins, it has ability to define freeze periods up to 90 days during which time devices in their fleet will not automatically update the Android OS. This ensures that devices remain unchanged during critical time like holidays.

Notifications:
Notification enhancements for messaging: Now, messaging apps can provide suggested 'smart replies' in the notification, so you can respond in a tap. Plus, any inline reply drafts won't disappear if you navigate away, and you'll be able to see images sent from your friends right in the notification.

Manage Notifications: You now have a quick way to turn off notifications from a range of apps, so you only receive those that are helpful to you. You'll also get a smart prompt if you're swiping away certain notifications whether you want to keep receiving them.