iOS 12: Features worth getting excited about 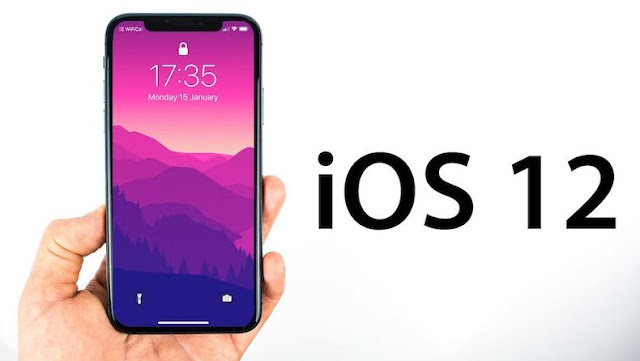 Apple showcased how different they are from its competetors. At annual World Wide Developer Conference (WWDC) event Apple unleashed its new mobile OS known as iOS 12. The update will be available to all devices which currently have iOS11. This means that iPhone 5s and later will be getting the update. Same goes for any iPad released since 2013. This new OS brings variety of new improvements.

Performance:
Apple was previously crticised for reducing performacne of its older devices. Taking that seriously Apple has focused big time on performance. The iOS 12 provides 40% faster app launch, 70% faster camera, 50% faster keyboard making faster than its predecessor. Also due to its clever CPU boosts there are huge optimizations under heavy load .

New AR Kit:
Apple's main focus is todays Augmented reality. With its introduction in iOS 11, now iOS 12 introduces new AR Kit 2 and a brand-new file format for 3D graphics - USDZ. This is an open source format and all iOS apps have support for USDZ. In upcoming months Adobe will add native USDZ support in its Creative Cloud suite.
With new shared experience, multiple people can share the same virtual environment. Now you can play games on multiple devices each sharing same enviornment. Companies like LEGO are on board to create apps that share the same AR environments.

Photos:
Photos get a new tab where you will find automatically generated albums It will also display sharing suggestions by recognizing people in pictures such as sharing your dinner photos with people you've been with and then it will suggest sharing those photos on their phones.

Apps:
App store is now updated and new app called Measure is included in App store. Now you can measure accurate size of objects by this app.
The iBooks gets a new design, support for audio books and from now on, it will be called Apple Books. The book store is now part of the Apple Books.

Animjois and Mimoji:
Now Animoji support tongue and eye detection. Also messages app has gotten four new Animojis (coala, ghost, t-rex, and tiger)
With Mimoji you can create your mimoji that looks exactly like you.

FaceTime:
Much awaited feature of Group FaceTime is here. Now you can facetime with up to 32 people and you can join already ongoing group facetime chat within your Messages app.

Other changes:
Do Not Disturb mode now gets DND bedtime so there will be no more pile of unimportant notifications on your lockscreen during the night.
Now like Android, iOS will merge notifications from same app in one notification. Thus clearing extra clutter and mess.
Also you can set the time you spent on each app. If you use that app exceeding the predefined time then you will get notification for the same