Block-chain- explained in a simple way

June 08, 2018
Block-chain as the name suggests is combination of two words, Block-Chain. It is called so because it consists of chain of blocks. Blocks that store data in them. Earlier this technique was used in distributed ledgers for storing the dates in the blocks so that data could not be stored on back date. 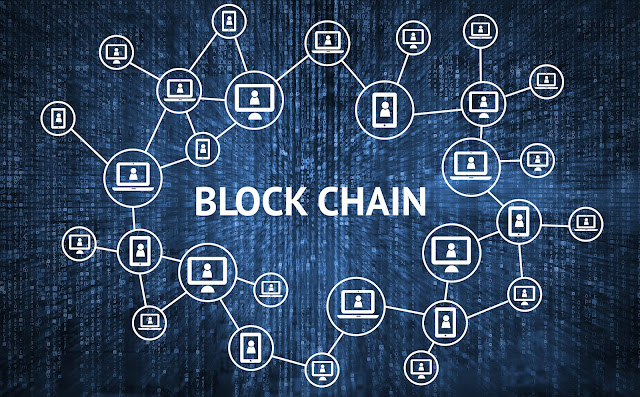 What does Block contains?
A Block stores data, Hash and Hash of previous block.

Data: It can be anything that you want to store in blocks. For eg. in Bitcoins Blocks contain transaction information like 'From', 'To' and 'Amount'.

Hash: It is a unique entity like fingerprints. Whenever a block is created it is assigned a unique Hash that separates it from other blocks. Changes made to Block results in changing the Hash of the Block. This is the important feature of Block-Chain technology.

Hash of previous Block: This is the important feature of Block-Chain technology as this forms the chain of blocks.

Consider a chain of 3 blocks say A,B and C. If anyone makes changes to block B then its Hash will be changed. As a result block C will become invalid as the value stored in previous Hash would not match with any entry.

It means making changes to any one block will result in invalidating all the following blocks in chain. Because of this feature storing data in block chain is safe.

Hashes are used to prevent tampering. But our computers can calculate 1000 Hashes per seconds, therefore all the following Hashes can be easily re-calculated for making the block-chain valid again.

To overcome this Block-chain introduces 'Proof-of-Work'. Its a mechanism that slows down the creation of new blocks. In Bitcoin, ten minutes are required to calculate Proof of Work and add new block to chain. As a result if changes are made to any block, then recalculating all following blocks will require more time with Proof-of-work.

Another way to security:
Block-chain uses P2P network i.e. everyone is allowed to join the network. On joining everyone gets full copy of block-chain. Node is used to verify if everything is still in order. Whenever anyone adds new block, it is sent to everyone on network. Each node will verify the new block to make sure it has not been tampered. If everything is good, each node will add this block to Block-chain. All nodes in network crates 'Consensus', they agree about which blocks are valid and which are not. Tampered blocks are rejected by other nodes in network.

Therefore with P2P network it is hard to add/tamper any block in the network.

What happens on tampering any block?
Tampering will change all the blocks on network thus block-chain redo Proof-of-work for all blocks. It then takes report of about 50% of P2P network. If approved only then the block will be added to the chain otherwise it is rejected.

Blocks also involve 'Smart Contracts', these are simple programs that re stored on Block-chain. It can be used to automatically exchange coins based on certain conditions. Therefore this technology can also be used for Medical records, e-notary and Collecting taxes.