What is the role of Artificial Intelligence in Robotics. 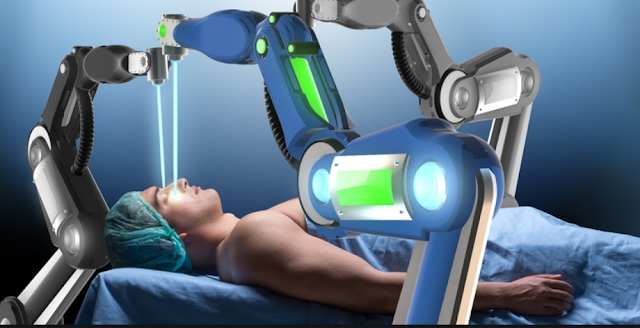 Robotics is field of application which covers most the aspects of artificial intelligence. In this field Artificial intelligence is integrated into final result. Nowadays is an era of humanoid robots which are capable of walking, running, and exhibit human behavior. Sophia an humanoid robot is one such example which we can say is true hominoid robot. All this is possible due to huge amount of money spent on research and development of these robots.

Previously robots had pre-programmed instructions due to which they had fixed behavior regardless of any changes in the environment. These robots had no autonomy or adaptation, to the changing environment. Thus they did not had intelligent behavior. Nowadays with advancements in technology, robots use AI as well as Machine Learning that, robots are capable of performing movements so precise and gentle, that they are able to do what human beings can do.

We have grown so advanced but still there are thing that robots cannot do. We have seen so many movies that show advanced robotic skills which push the limits of science and technology in robotic intelligent behavior. These robots help humans to make their life easier such as homes, hospitals, the work place, and all around us. Also they work in harsh conditions which can cause danger to human health.
As humans are dependent on robots and interact with them in various tasks, as technology is not so perfect yet, this interaction with robots  may cause issue which could lead to injury. At the moment, all machines are being treated as simple consumer products by the law like everyday household items so unless the person interacting with the AI or robot acts negligently or recklessly, the manufacturer/owner are held liable for any of the damages caused by them.
The basic contributions of AI in robotics are:
PERCEPTION – not only taking data from the environment, but transforming it into knowledge (and even wisdom) to be able to interpret and modify its behavior according to a result of this perception.

LEARNING – with new experiences, the robot needs to perceive and reason to obtain conclusions, but when the experiences are repeated, a learning process is required to store knowledge and speed up the process of intelligent response.

DECISION MAKING, or the ability to prioritize actions, is necessary to be able to be safe and effective in the solution of different autonomous applications.

HUMAN-ROBOT INTERACTION at many levels is also necessary. For example, natural language processing – understanding the meaning of sentences exchanged with humans, depending on the context and to be able to properly respond -, and emotions rapport.
We are going to analyze the first three areas a bit more in depth.
Any robot as an autonomous physical entity, has to perceive its environment, and interpret this perception, to move in a safe manner. Currently there are several types of sensors that can be used with robots.