Role of Artificial intelligence and Machine learning in Smartphones 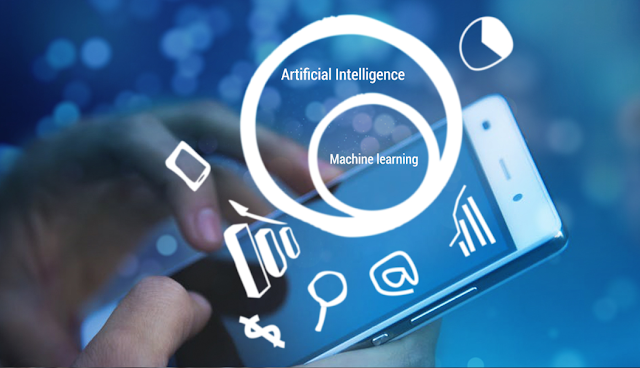 Smartphones are latest trend nowadays with features measuring tall 18:9 display with minimum or no bezels. Also notch has grown nowadays along with superb camera featuring Artificial Intelligence or Machine Learning. Artificial Intelligence and Machine Learning are buzzwords adopted by smartphone manufacturers. This is applicable from System on chip going to Operating system. Is this just marketing hype or science fiction let’s find out.

For those who does not know what artificial intelligence is it can be best characterized as ability of machine to perform tasks including performing complex calculations which mimic human nature and carry out task which resemble human ways.

Coming to smartphones now our smartphones are able to recognize the difference between dog and cat. This did not happen overnight it was taught over few years. The ability of a smartphone to ‘truly’ learn something new in its purest form, i.e. without intervention, is still a ways off.

But in general its only partial artificial intelligence, Machine learning enters the frame in these scenarios. For example in Google Photos and Apple Photos, it is able to recognize faces of different people and also arrange pictures according to the faces, along with this it suggests the name of people to tag them. Thus effort to teach our smartphone about the faces of our friends as they’re unique to us. In our camera apps and supporting silicon, this effort has already been put in by other companies providing a baseline. Machine Learning is utilized to log and categorize a plethora of photos, so when you frame a perfect plate of food you’re about to eat, your smartphone knows and applies the appropriate filters to take the best possible photo and tag it as a particular food type.

Nowadays there are Dedicated Artificial Intelligence chipsets, When smart[hone manufactures refer their AI system consider them as  GPU which has specific set of API’s to enhance texture which normal CPU cannot do. Similarly the AI chips provides an efficient accelerated set of API’s that support AI-related tasks. This hardware can perform task at 100 billion operations per second.  If your smartphones chipset doesn't contain any dedicated AI chip, the process will be undertaken in software. It will be less efficient as it does not have accelerated. Example of this is Qualcomm's Snapdragon 845 which support AI related task.