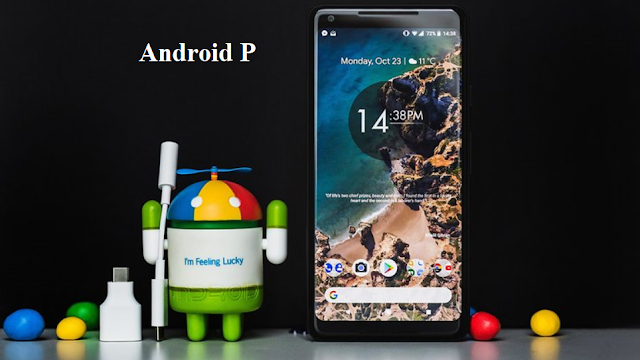 Each year Google gives the taste of its sweet dessert to its users This year Android P is scheduled to release near future and Google has given snek peak to its users for its upcoming features. AI has been a buzz nowadays in this tech industry. Now at Google I/O 2018, it's clear that biggest companies are going to use AI at its fullest.

With its Android operating system which is ruling smartphone industry in this world, Google released Android P Beta program during the Keynote on May 8. The latest OS from Google has AI integrated in almost every function even in its simple functions. The company has also introduced various features with the user's "digital well-being" in mind.

Here's a list of the most impressive features that are going to make their way to your Android phone.

App drawer:
App drawer have developed with each Android update and this latest update will bring major design overhaul. This gives a clear nod to screens without. Also Android P has dropped navigation buttons and will support gestures to move around in the UI.

You can swipe up App Switcher by pressing button at the bottom of the phone. You will now be able to copy and paste from one app to the other in app switcher.

The home button still exists in a way and the back button turns up whenever you'll need it.

This feature is build in OS and it helps in predicting actions you  might want to take at different times during the day or depending on different contextual signals. App Actions can be found in various parts of the UI, including the most frequented section, app drawer. For example, if it's time to go to work it will suggest map routes to get there along with suggesting a range of songs you'd like to listen while on the way. This also helps person in Google searches. For example, if you search something like "cooking", it will show suggestions from books on cooking certain dishes to videos or articles on cooking.

Do Not Disturb option:

Earlier, the DND option just muted notification sounds but let notifications too appear on the screen. The new DND option, will not only mute notifications but will also keep them from popping up on your screens.

And don't fear of missing important notifications because as soon as the DND mode will be deactivated, the notifications surface as usual.

Shush mode:
Google has introduced Shush mode to mute sound notifications and vibrations. To activate this you need to place phone with the screen down. By doing this phone will not vibrate and all then notifications will be muted.

This feature will be helpful when its your sleep time, You can tell the Assistant the time you wish to go to sleep. At that time, Do Not Disturb mode will be activated and the screen will gradually turn monochrome.

App Timers:
For those who want to manage time they spend with each app App Timers feature will come handy for them. This feature will help you get away from your phone. In Android P you can set time limits to your apps and hence limit your usage. After the set time limit expires, the app icon will turn gray for the rest of the day, allowing you to reduce usage.

Shortcut to enter Silent mode:
With Android P the user can just press the volume up button and the power button at the same time to turn the ringer off. Unlike the earlier versions, pressing the volume up or down button will control the media volume and not the ringer volume.

Adaptive Battery:
This new feature will allow you to "limit battery" for infrequently used apps thereby keeping your battery levels up. However, this could lead to delayed notifications.

Adaptive Brightness:
Similar to the adaptive battery, the operating system tracks your brightness settings throughout the day and then does it for you. The user can even see the brightness toggle moving on its own with this feature on.