How SpaceX is bringing Revolution in Space Travel. 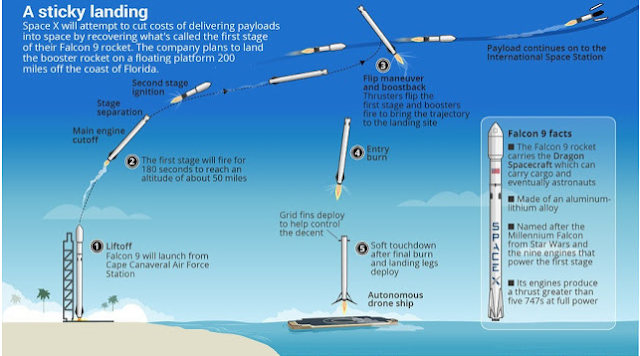 Space X made history when they launched Falcon Heavy Rocket on Tuesday, Feb. 6, 2018, from Cape Canaveral. Millions of eyes were glued to the devices to see it happen in the real world, that had often been seen in the Sci-Fi movies. Right from the beginning of launch preparations till the successful launch, no one wanted to miss any of this as this was something that has never happened in the history. Main motive of this launch was to bring the rockets back on earth rather that letting them float in the space.

Musk build SpaceX for reducing the costs of space exploration and to make humans a multi-planetary species. All this can be achieved by bringing a technology which no other company have ever imagined to achieve. After introducing this new technology, SpaceX is on hype in space race and its name is known throughout the world, but this journey has not been the easy one for the company. To lower the cost of space exploration and be an interplanetary species first major task is to reuse the rockets.

On December 21, the unmanned Falcon 9 rocket lifts off from the launch pad 40 of the Cape Canaveral Air Force Station in Cape Canaveral. It was company's most powerful rocket back that time and stood 229-foot-tall. It was an important launch for Space X as previous three launches failed and this failure would have resulted in the shutdown of the company.

Reusing rocket is step by step process in which the complete rocket launches at first. After reaching a certain altitude the rocket separates into two parts: The Top Part and The Bottom Part. The top part known as 'Stage 2' continues upward and carries the payload into space while the bottom part known as 'Stage 1' is landed back on Earth (earlier, companies allowed this 'Stage 1' float around earth thus creating space junk).

Then 'Stage 2' continues into space, but thrusters on the 'Stage 1' fire to flip that piece of the rocket around and point it back towards Earth. Then some of the engines on the 'Stage 1' briefly reignite to get the rocket lined up for landing. Small grid fins open on the sides to help steer the rocket during the landing. When the rocket comes close to Earth, to assist rocket slow down before landing the engines light up again . The grid fins help keep the rocket oriented in the right direction. A sophisticated navigation system tells the rocket where to land. If all goes according to plan the 'Stage 1' lands back to earth.

This is a remarkable feat achieved by Space X, reusing rockets will allows us to land on mars or moon and return back without much concern. At this pace and with its remarkable technology SpaceX tends to build BGR known as Big Giant Rocket which will make humans interplanetary species by landing on Mars, this space is bringing a lot of revolution in space game.