The Rise, the Fall and Resurgence of the Electric Cars 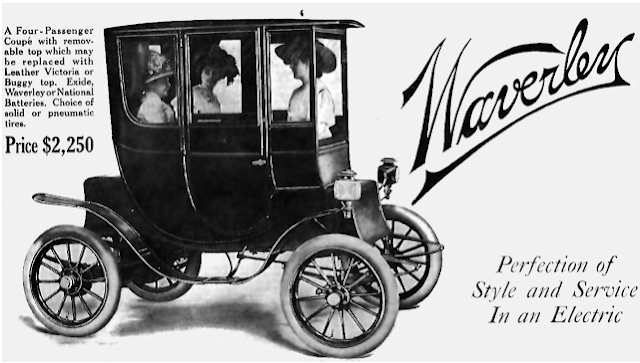 Major technological change are occurring all over the world day by day and sometimes we see history repeating all over again when these changes occur. This is true in case of electric cars. In 1900 around 40% of the cars were electric, 38% ran on steam and only 22% ran on gasoline. Now we are about to relive history but in more advanced way as we are approaching 2020 with more electric cars being launched. But something happened that lead to rise and downfall of electric cars in 19th centuary and now electric cars are re-gaining popularity and overtaking gasoline cars.

Lets get started with the past, first electric car was build by Thomas Davenport in 1835, this was 30 years after the first hydrogen car was launched. The gasoline engine did not get alone till 1870 and first production car came by 1885 by Carl Benz founder of Mercedes Benz. In the beginning of 1900 majority of cars were using combustion engines, this technology was taking over the old technology of steam engines which had many limitations. Steam powered cars need to be warmed up for 45 minutes before starting and needed to be topped up with substantial amount of water for the range. While fetching for better solution the gasoline powered cars were found a better solution over steam powered cars but they also had limitations of there own. For starting gasoline powered car one needed to start engine using hand crank which was too difficult.

The gasoline powered cars were noisy and there were a lot off vibrations. For these reasons electric cars were thought to be a better solution than gasoline powered cars. They were quiet, has no gears and no vibrations. They were suitable for short trips within city, major big car makers like Porshe went all way in for electric future. In fact Porshe's first car was electric car so Edison went on a mission to make a better battery packs for cars to increase their range and power. He thought this was future but decade later he left this vision.

Also electric cars were too costly and were not suitable for use by common man. Cars needed to be cheaper that common man can afford. Henry Ford thought that creating car using assembly system would help to reduce production cost instead of using 3-4 men making a single car. This system helped in mass production of car and reduced price of the cars dramatically. By 1945 Ford was selling more number of cars than all car manufactures combined. The Model T sold for $260 that time and electric car had a price tag of $1,750 thus there was no answer to cheaper gasoline powered cars.