OnePlus5T: All you need to know. 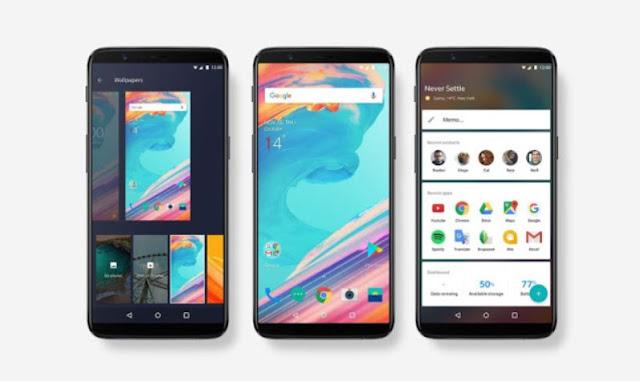 OnePlus 5T the company's latest flagship is launched only few months after the launch of OnePlus 5. Company has launched 5T soon after launching OnePlus 5 as it did not met 2017 design standards. Lot of One Plus 5 users were disappointed who bought this device but the latest flagship have some minute to major changes. Phone broke all sales record on the launch day. Is OnePlus 5T worth your money lets find out.

DESIGN
Gone are the days when phones had larger bezels. The device is 6.01 inches with dimensions “156.1 x 75 x 7.3 mm (6.15 x 2.95 x 0.29 in) ” and weighs “162 g”. The device is slightly thicker than OnePlus 5. The fingerprint sensor has been pushed to back of device to make room for all display design. The device continues to support alert slider and also has headphone jack which most flagship devices miss out.
DISPLAY
Major change in 5T is related to display it now supports 6 inches 18:9 ratio display. The screen is full-HD AMOLED unit made by Samsung with 1080 x 2160 pixels resolution having 401 ppi pixel density. Display is protected by corning gorilla glass 5 making this most durable device. So you don't have to worry about display getting scratched. Also further display has good outdoor visibility, the only con is color loss on tilting the device which all AMOLED displays suffer from.

SOFTWARE
Sadly OnePlus 5T runs the Android Nougat v7.1.1 operating system, covered under OxygenOS 4.7.2  out of the box. The device now supports face unlock and which is not as secure as iPhone X but is blazing fast. Just look at device and you will be navigated to home screen. To enhance security device will not unlock until one of two eyes are open. Rest device is butter smooth and does not fell laggy. Animations are reduced thus boosting device performance.

CAMERA
The OnePlus 5T support a dual-camera set-up– 16-megapixel and 20 MP dual cameras at the rear – and a 16 MP camera at the front. Both rear cameras support aperture of f/1.7 and are made by Sony.  The device uses strange camera setup as there is no telephoto lens or monochrome lens. Thus user's will miss 2x lossless zoom. The secondary camera comes into play during low light shots. In low light secondary camera jumps in and combine 4pixels to form one pixel thus enhancing the low light photography. Sadly OIS is missed but device support advanced EIS which does a decent job at smoothing out any unwanted shakes and jitters.

OnePlus 5T is amazing device and competes 2017 flagships but if you are owner of OnePlus 5 then there is no need to upgrade to newer device.