iOS 11: A giant step for iPhone, A monumental leap for iPad 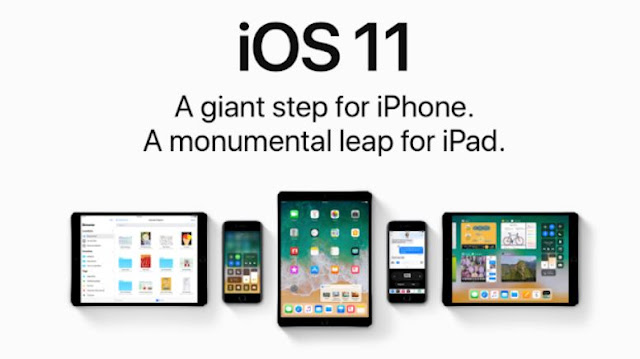 Apple launched its new products, iPhone 8 , iPhone 8 Plus and iPhone X. While these new phones are seeking attention, these devices will be running on Apples latest and faster OS. Also not to forget that Apple mentioned its newest iOS as "a giant step for iPhone" and "a monumental leap for iPad."

While there are plenty of tweaks here are 8 things everyone will love in the next big iPhone and iPad update.

Convert your live photos into GIF

Now you can make GIFs  from live photos, this allows photos to bounce back and forth. Also you can choose main image from your Live Photo, making it easier to find the perfect moment to share on social media

Store way more photos and videos on your iPhone.

Apple is changing the compression formats in upcoming iOS 11. It will use latest technology which will allow you to store twice as many photos and videos on your device than in a device running on iOS 10. Apple uses HEIC format for files which have some compatibility issues when shared with windows devices.

Following android, Apple launched one handed keyboard mode. Thus Apple's new and improved QuickTime keyboard allows user to type one-handed and is helpful for both right and left handed. Touch and hold the emoji or globe key, select one-handed typing, and the keys will instantly move closer to your available thumb.

Screenshots are so 2016. Now you cannot take ugly FaceTime screenshot again. Simply go to Settings > FaceTime and turn on FaceTime Live Photos to enable the new feature, which allows you to capture Live Photos of your FaceTime calls. Now you can snap the action using the shutter button  but it's important to note both participants will get notified when the feature is used. No secret screenshots allowed.

Notes are that one particular app that user tend to use a lot on the iPhone or Mac. With each update, Apple improves the application, and enhances user experience. Now there are several tricks, such as support for drag and drop, a built-in scanner, mark up tools (handwriting support included), and even a way of adding tables to your notes.

Apple gave the App Store the makeover users asked for. We are getting a better app discovery experience, and games are now separated from other apps which should have happened years ago.

Thus iOS 11 is packed with amazing features and as said its truly an iOS 11 is "A giant step for iPhone. A monumental leap for iPad".