Jeep Compass: All you need to know. 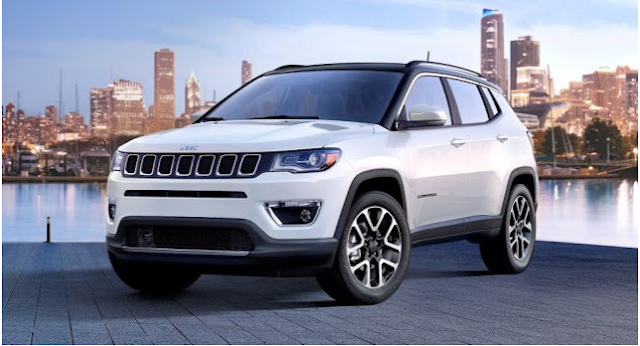 Jeep is a brand known for making SUV's for past 75 years, a brand known for making cars for people who want to live in the world of adventures, a car which has the capability to face any challenge. Jeep has been offering great cars to both dreamers and doers as they mould an extraordinary and uncommon bond with the drivers who prefer getting behind the wheel. So carrying forward the legacy, jeep has introduced a brand new car named as Jeep Compass.

American car maker Jeep has intoduced a completely new 'Make in India' car completely for indian market with around 65% parts manufactured locally. FCA India, the local arm of Fiat Chrysler Automobiles will sell these with wide price range starting form Rs14.95 lakh to Rs19.40 lakh for petrol variant and Rs15.45 lakh to Rs20.65 lakh for diesel variant is going to slice the land beneath the competitor car's feet starting from Hyundai Creta and XUV 500 at one end to high segment car's Toyota Fortuner and Ford Endeavour at the other.

This car is comes in 10 variants with four drive modes - auto, snow, sand and mud in both 4X2 and 4X4 version with 5 color options. The vehicle is powered by a 1.4-litre multi-air turbocharged petrol engine, currently imported as a CBU, and a locally produced 2-litre multi-jet Diesel engine. Where the petrol engine will shed out 160 bhp of power and 260 Nm of torque, the diesel mill will generate a maximum power of 170 bhp and 320 Nm of torque. Diesel variant have have a claimed fuel efficiency of 17.1 kmpl.

In terms of design the SUV gets seven slot front grille, headlamp bezels and on the rear the car gets integrated LED tail lamps. The sharp Xenon head lights further add to the resemblance with the Cherokee while the chrome additions add a bit of premiumness up front.

Jeep Compass followed the design language of Jeep Grand Cherokee (its elder sibling), it is 4398 mm in length, 1667 mm in height and 1819 mm in width. The SUV stands tall with a ground clearance of 178 mm. This new SUV from Jeep has frequency sensitive damping as standard and it's body is made of 64% high tensile strength steel as claimed by company. Jeep Compass SUV is based on the 'small wide 4X4 architecture' that also underpins Jeep Renegade.

In terms of  safety you get nothing less than  50+ safety features offered in the Jeep Compass which would also include six airbags, cornering fog lamps, Electronic Stability Control, Reverse Parking Camera, Passive Entry and Electronic Parking Brake. In fact, as a passive safety feature, the electric parking brake disengages only when the driver's seat belt is engaged.

Following up it is bit expensive SUV than the rival car's and have a smaller engine but car enjoys its brand's equity which works to its advantage. As we all know everything is top notch and this is the issue with the jeep compass as it also have some sore points the Jeep Compass does not have an automatic variant also biggest disadvantage is lack to sunroof and auto headlamps, wipers. Additionally biggest drawback of the car is  the dealer network and service points but company assured that they are working on opening around 50 dealer's coming months.

There are plans for launching an automatic variant for the petrol-engines by Diwali, but there won’t be a diesel automatic. This is potentially a letdown for buyers, considering the growing preference for automatic cars. Among all these disadvantages company has still achieved 5000 advance booking in few days as the name Jeep is has its own overawe.