Hyperloop: The Future of Transportation 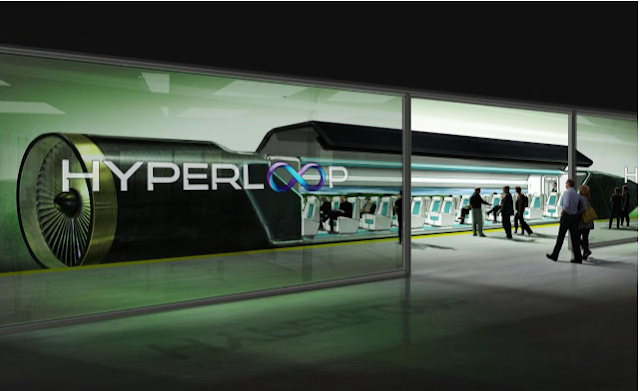 We Humans developed different modes of transportation and as they say innovation never stops to amaze us. First we used to travel by road, sea then came an era of airplanes but as technology grew entrepreneur Elon Musk proposed “Fifth Mode of transport” back in 2012 named as “Hyperloop”. This is a concept in which travelers will be transported through tube at an massive speed of 700mph or 1100kph. This science fiction tech is now one step closer to reality.

The most interesting Musk's statements is the Hyperloop is a cross between the Concorde, a railgun, and an air hockey table. The Concorde was fast and revolutionary for personal transport, a railgun uses electromagnetic forces to transport objects at high speeds, and an air hockey table reduces sliding friction to next to nothing. These concepts all pull together to make the Hyperloop.

The passenger capsules are propelled by two electromagnetic magnets. The tube tracks do have a vacuum, but not completely free of air instead, they have low pressure air inside of them. The Hyperloop is also designed to be immune to earthquakes. The pillars that hold the tube above the ground are designed to sway side to side in case of an earthquake. The Hyperloop will also be powered by solar panels and can hold one hundred persons per capsule. Capsules would travel through the Hyperloop one at a time, leaving every 30 seconds or so at rush hour and spaced 23 miles apart.

With little friction in tunnel, the pods would be able to travel at immense speeds, with a projected top speeds of 760mph. According to Elon Musk he got a “verbal” approval from the government for 'The Boring Company', his new tunnel boring startup, to build an underground Hyperloop between New York and Washington, D.C. A trip that would usually take three hours by train would be covered only in 29 minutes at 700 mph. The route would also cover Philadelphia and Baltimore.

Another company 'Hyperloop One' will build the first Hyperloop system to go from Dubai to Abu Dhabi in twelve minutes. The journey is 99 miles (159.4 km) long and normally it takes around two hours by car but H1 promises it would take a mere 12 minutes in the Hyperloop.

With Hyperloop the days are near when travelling miles will be matter of minutes than hours but we will have to wait till 2020 for commercial launch of Hyperloop.