OnePlus 5 the dark knight with chink in the armor.

July 04, 2017
Start-up OnePlus, founded on 16th December 2013, entered the market with simple and bold idea to make a flagship phone. Main goal of the company was designing a smart phone for balancing high-end quality with a lower price as compared to other mobile phones in its class, having a belief that users would "Never Settle" for the lower-quality devices produced by other companies. OnePlus has shrugged off other Chinese handset makers’ strategy of targeting the budget smart phone segment. 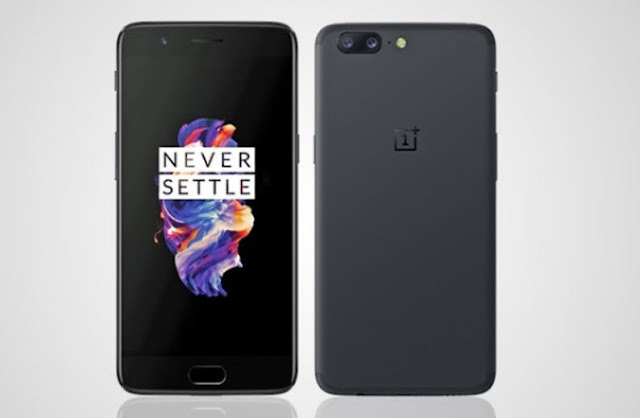 Talking about OnePlus 5 which has gained a lot of hype around it, a product with price of mid-range smart phone packing the specs of a flagship, is selling like hot cakes. Is it worth our money, let's find out?


We cannot say OnePlus came with an innovative design with its OnePlus 5. The device have dimensions “154.2 x 74.1 x 7.25 mm (6.07 x 2.92 x 0.29 in)” and weighs “153 g”. This 7.25mm device is one of the thinnest device in the market. Design-wise, the aluminum uni-body features a continuous line along the edge of phone. The rear of the device look like mirror image of Apple iPhone 7 Plus (the only difference is brand logo). The antenna lines, moved to the extreme top and bottom, are subtler compared to the previous OnePlus device. The power button is placed on the right side, next to the ejectable dual-SIM tray, while the volume rocker keys and alert slider sits on the left side of the device.

OnePlus carried forward the same display which was used in OnePlus 3T having a 5.5-inch Optic AMOLED screen covered with Gorilla Glass 5. The screen is full-HD unit with 1920 x 1080 pixel resolution having 401 ppi pixel density. Apart from this, it has software based tweaks having reading mode, due to which the screen tone adapts automatically to suit the ambiance and DCI-P3 color gamut filter that certainly adds to the overall screen performance.

OnePlus devices are known to use the best-in-class hardware and the legacy is carried forward with OnePlus 5. The smartphone has Snapdragon X16 LTE modem to support data speeds of up to 1 Giga-bit per second (Gbps) which is powered by Qualcomm Snapdragon 835 processor, coupled with an Adreno 540 graphic processing unit (GPU). The smartphone comes in two storage and RAM variants – 64 GB/6 GB and 128 GB/8 GB. Both support dual-lane Universal Flash Storage (UFS) 2.1 for superior performance.

The OnePlus 5 feel is lightning fast without any visible lag. The device can easily be called a powerhouse that performs blazingly fast, irrespective of the task assigned to it.

The OnePlus 5 runs the Android Nougat v7.1.1 operating system, covered under Oxygen OS 4.5.2 out of the box. Oxygen OS gives pure Android experience with powerful enhancements. The OS feels fluid and swift. The company has added some new features to the ‘Oxygen OS’, such as a Google Pixel-like app drawer that can be accessed from any window by swiping up the screen.

The OnePlus 5 sport a dual-camera set-up– 16-megapixel and 20 MP dual cameras at the rear – and a 16 MP camera at the front. The 16 MP camera at rear, features a bright aperture of f/1.7 and the 20 MP supports an f/2.6 aperture. Both the sensors are made by Sony.  The cameras support portrait mode, which focuses on the subject and blurs the background, which was key feature of Apple iPhone 7 Plus. 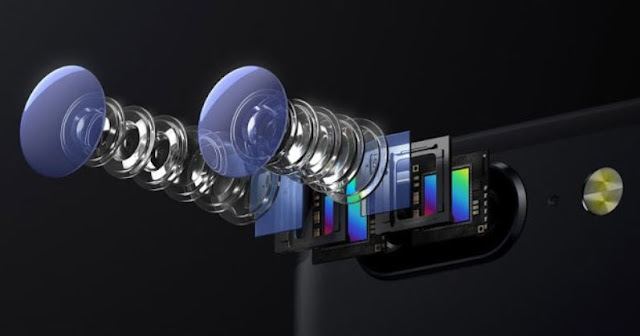 Photos taken with this device are sharp with no over sharpening, well detailed, color reproduction is more on the natural side and not overly saturated. It also supports telephoto zoom, It is combination of optical zoom and software: “Optical zoom is at 1.6x, the remaining 0.4x is realized through Smart Capture multi-frame technology.”

The camera records 4K video, and have EIS (electronic image stabilization) which removes unwanted shakes and jitters. You can switch to the secondary sensor while recording, for getting closer to the subject, but as the second sensor lacks any form of stabilization so the quality of footage has to be compromised.

OnePlus 5 takes one step backward from OnePlus3T from much larger 3400mAh to 3300mAh. One cannot blame OnePlus for it as you have to compromise something for thinner design.

The 3300mAh battery last for almost a day with moderate to heavy usage thanks to Snapdragon 835, Full HD display and much lighter Oxygen OS.

If you are insane user then the good news is that OnePlus Dash Charge is absolutely amazing. It takes only 30 minutes to get a 60% charge, and roughly an hour and 20 minutes to go from empty to full.  The Quick charging here is insanely fast and power efficient, making the charging process so much easier and convenient.

OnePlus 5 is an insane device having a true flagship features at a mid-range price but they took a step back in design perspective and it isn’t going to please everyone. Also it’s missing a few features like expandable storage and water resistance.

At the end I feel that the OnePlus 5 is a superb device and I wholeheartedly recommend it. What do you think of OnePlus latest flagship? Let me know your thoughts down in the comments.