July 11, 2017
Elon Musk a tech billionaire has put his money in the right place and has promised to solve South Australia’s energy issues by building the world’s largest lithium-ion battery. 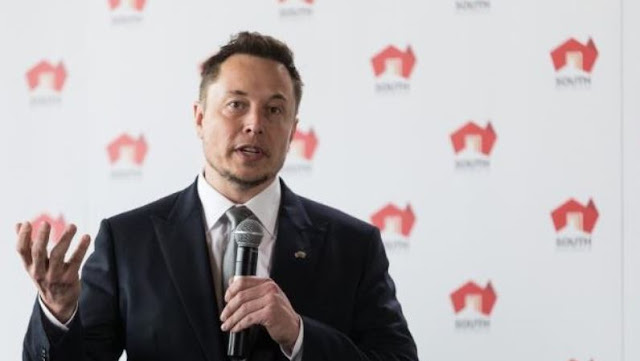 Mr Musk first expressed interest in the mega-project over Twitter in March, when he wrote: "Tesla will get the system installed and working 100 days from contract signature or it is free."


Hence, under an agreement made public on July 7, Tesla must deliver the 100 megawatt (MW) battery within 100 days of the contract being signed, or the "South Australia" government won't have to pay any amount to the company. The battery is designed to light upto 30,000 homes(or reportedly a total of about 1 hour and 18 minutes of power going at full capacity), if there is a blackout. It will be built on a wind farm which is operated by France's Neon, which is still under construction. It will be largest lithium-ion battery storage project in the entire world, overtaking 80 megawatt-hour facility in California, also built using Tesla batteries.

Musk said failing to deliver the project in time would cost his company "$50 million or more", without elaborating.

South Australia suffered four major black-out periods between September and February. Since it closed coal-fired power plants and moved to being powered mainly by renewable such as wind. The disaster caused power outrage from 800 megawatts to under 100 megawatts in four hours which was harnessed by wind and solar energy.

Tesla's new Lithium-ion battery is about 60 percent bigger than current energy storage system's. The 100MW battery will provide the region with 129 megawatt-hours of energy to be paired with Neon's 99-turbine wind farm at Hornsdale, near Jamestown, South Australia.


Around 640 Tesla Power Pack's each containing 16 individual battery pods will charge using renewable energy then deliver electricity during peak hours to help maintain the reliable operation of South Australia’s electrical infrastructure. It seems that confidence helped Tesla win, but typically this kind of project takes six months so we have to wait and see whether or not Tesla can do it.

Since about 1991, Lithium-ion batteries have been used in laptops and cell phones. A one kilogram of battery lithium-ion battery can store upto150 watt-hours of electricity, doubling the capacity of nickel batteries.

If successful this will be a huge success of Musk's big South Australian experiment. For lithium technology develop on large scale we need to develop a large storage capacity so that renewable's can deliver seven days a week and 24 hours a day.